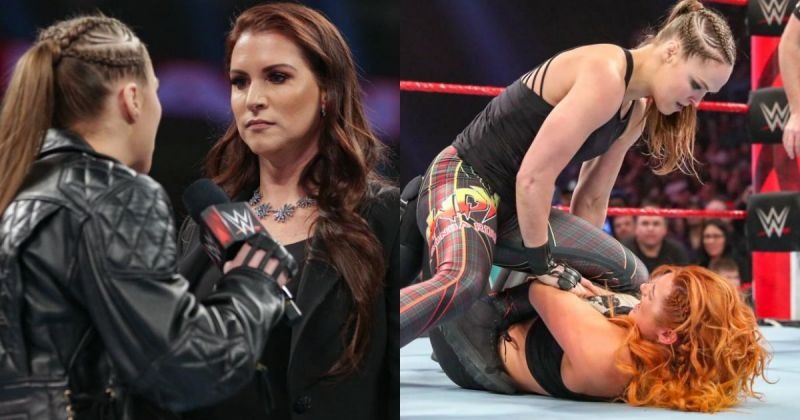 Ronda Rauzy hit the backy lynch in Raw this week, and after  the story related to the incident in her ‘Ronda On the Road’ has surprised some fans. Ronda’s fight as a wrestler has been running for a long time with Becky, and during this time the two have given very good promos. It’s been quite a part of the Twitter War also. Despite all this, no one thought that this week Rona would cut such promo in Raw.

In fact, during the recent Twitter conversation, Becky had a strain on Rhonda’s husband, due to which Ronda was very angry, and after coming to Raw, after taking her title, she became a heel because of her promo. Her promos gave more thrill to this fight but after the promo when she was answering this during her vlog that why she did this, she would tell you what she said.

According to Ronda, “it was not a promo. WWE had given me a different script to speak to me, which I did not say, this could not be a promo, this is not an act, I do not go there anymore acting according to him. I’m going to go there now and do everything I want to do, and I can give it as much as you want to clear it, including the WWE Universe. It is not good to break the caféb, because the wrestling is scripted, and things do not really matter in such a way that it does not make any difference to me. “

It is a matter of course that all these are part of a story and whether or not they remain part of WWE after WrestleMania 35, their work will take them quite a bit because their MMA skills have benefited them, which is a great thing.

You want to look like celebrities by Botox, then first know these things …