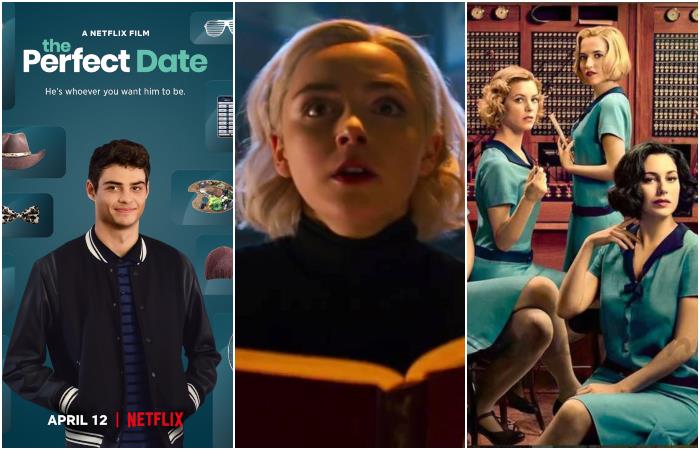 Get comfortable and get ready to live hours of entertainment, romance, action, adventure and more this May 1st, Labor Day.

This Wednesday, May 1st we celebrate Labor Day, so to take advantage of the holiday we present a list of series and movies that you can enjoy watching from the comfort of your home. Get comfortable and get ready to live hours of entertainment, romance, action, adventure and more.

For those who work too much

1. Set It Up: The Imperfect Plan: Desperate for an office vacation, two beleaguered attendees join forces to make their bosses, addicted to work, fall in love.

2. Selling Sunset: The team of real estate agents of the Oppenheim Group sells luxury to buyers of L. Á., But it does not take long to bring out their miseries when someone new arrives.

3. Working Moms: The maternity leave is over, and it’s time for these four moms to return to work … without stopping dealing with children, bosses love and other matters of life.

For those who are in love with their work companion

1. The perfect date: To earn money for college, a boy launches an app that offers his fake boyfriend services, but the feelings are real and things are not so easy.

2. Someone extraordinary: A dedicated journalist picks up the broken pieces of the heart and comes out again with the best company: her friends.

3. The Stand of the Kisses: Elle’s first kiss marks the beginning of a forbidden romance with the cutest boy in school, but it could also be the end of his relationship with his best friend.

5. From Appointment to Appointment: Five blind dates per episode and overdose of flirting. Singleness is as real as your frustrations: half orange or nothing!

For those who are young at heart

1. The Umbrella Academy: The father had to die for them to meet again. It should be noted that among superheroes the family bond is one of the main causes of the premature apocalypse.

2. Elite: Three young people of the working class attend one of the most exclusive private schools in Spain, where the clash with the children of the elite ends in tragedy.

3. Sex Education: By having a mother therapist, Otis always has an answer when it comes to sex. So her rebellious friend Maeve proposes to open a sex therapy clinic.

4. The Hidden World of Sabrina: Magic and mischief mark the course of Sabrina, a teenager of double nature that is torn between the world of mortals and the one hidden underneath

5. Stranger Things: After the strange disappearance of a child, a village is faced with a mystery that reveals secret experiments, supernatural forces and a very special girl.

For the frustrated athlete

1. Formula 1: Drive to Survive: Pilots, representatives and team owners live at maximum speed on and off the track in this ruthless first season of Formula 1 racing.

2. GLOW: Los Angeles, eighties. A group of misfits is transformed into the Beautiful Ladies of Wrestling. A team comedy behind Orange Is the New Black.

4. Losers: In a society where winning is everything, how do we face failure? This series describes the athletes who have turned the agony of defeat into a triumph.

For those who love strong female characters

1. HOMECOMING A Beyonce film: An intimate and thorough perspective of the super performance of Beyoncé in Coachella 2018 that reveals the emotional journey between creative concept and cultural movement.

2. Coisa Mais Linda: Rio de Janeiro, 1959. She traveled to meet her husband, but he disappeared with the money and another woman. New plan: take off your apron and open a bossa nova club.

3. The Girls of the Cable: Madrid, twenties. Four operators of the Telephone Company of Spain make a revolution resonate while they deal with love, friendship and work.

4. Samantha !: Child star in the 80s, Samantha still does not give up and clings to what’s left of fame. In addition, it has a sweeping plan to return to the top. Well, you have a plan.

5. Orange Is the New Black: This series that won Emmy awards, tells the story of a middle-class New Yorker who ends up paying with jail a sin of youth.

For those who have not taken vacations in 8 years

1. Our planet: Experience the natural beauty of our planet and discover how climate change affects all living beings in this ambitious documentary of exceptional magnitude.

3. Street Food: Take a cultural trip around the world to meet those who create the most delicious street food dishes.

4. You vs. Wild: You choose the path for Bear Grylls to survive and accomplish dangerous missions in the most hostile environments on the planet.

For the one that needs laughter

2. Amy Schumer (Growing): Amy Schumer loses the language on how it was to get married, grow up, get pregnant and digest the erroneous advice of her mother in a special as raw as spicy

3. The House of Flowers: In this black comedy, a wealthy matriarch tries to maintain the perfect family image after her husband’s lover ventilates dirty laundry.

“Charlie’s Angels”: This is the new cast

They reveal Katy Keene’s first teaser, and you can not miss it!