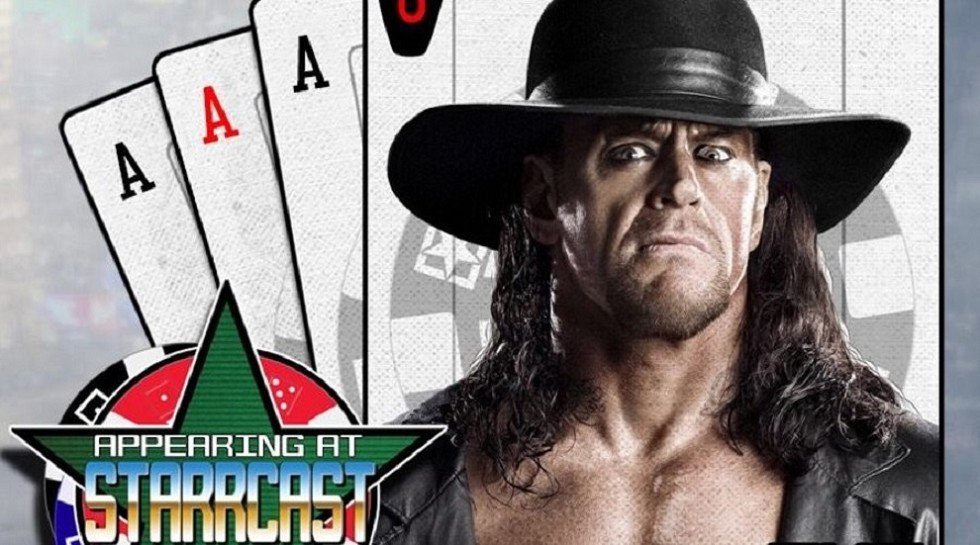 In the last hours the manager and organizer of the Starrcast convention, Conrad Thompson, has confirmed that Kurt Angle and The Undertaker will not be finalized in the shows. The reason for the withdrawal of both talents is that WWE has intervened and canceled the appearances already scheduled.

It is recalled that The Undertaker was confirmed on February 14, while Kurt Angle was added on April 1. The event will take place between May 23 and 26 in Las Vegas, Nevada, celebrated in the same week as the Double Or Nothing event of All Elite Wrestling (AEW). Although Starrcast is not an official part of AEW, it has wrestlers from the company and the event has a certain relationship, which has motivated WWE’s decision, according to Conrad Thompson.

Thompson has stated in statements to Sports Illustrated that he was contacted by WWE to cancel the appearance of both legends.

“The announcement spread and went viral, I was told that I had caught the attention of WWE and that Vince McMahon had written to The Undertaker about his involvement, The representative company of The Undertaker, a company called Get Engaged, called me and said: ‘ WWE says it can not go ‘.

I got a friend to treat the situation with Vince McMahon and he assured me that it was nothing against me or the event, rather than The Undertaker should not make appearances outside of WWE. They also assured me that all the damages generated would be covered, that an adequate replacement would be offered and that there would be some kind of agreement to please everyone. “

Thompson says he suggested Triple H or Stephanie McMahon as replacements, donating 100% of the profits to Connor’s Cure, to which a donation of equal value by Thompson would be added. However, WWE said that no talent would be allowed by its main brands. As a goal, Thompson points out that he asked Shawn Michaels since at the beginning he was going to be scheduled for the show:

“I asked them to keep Kurt Angle and announce Shawn Michaels as the replacement for The Undertaker, I offered to organize everything through their media, I wanted to play fair, something I already felt I had done, since those talents were promoting external appearances through agents on their own social networks, I checked daily for a week and nothing has changed. “

As already reported by media such as Wrestling Observer Newsletter, The Undertaker and Kurt Angle have signed new contracts with WWE, which allow the company has the right to cancel appearances of talents that are not of interest. Recently Inside the Ropes canceled the participation of The Undertaker in its table of “Questions and Answers” this coming week, but will still be available to sign.