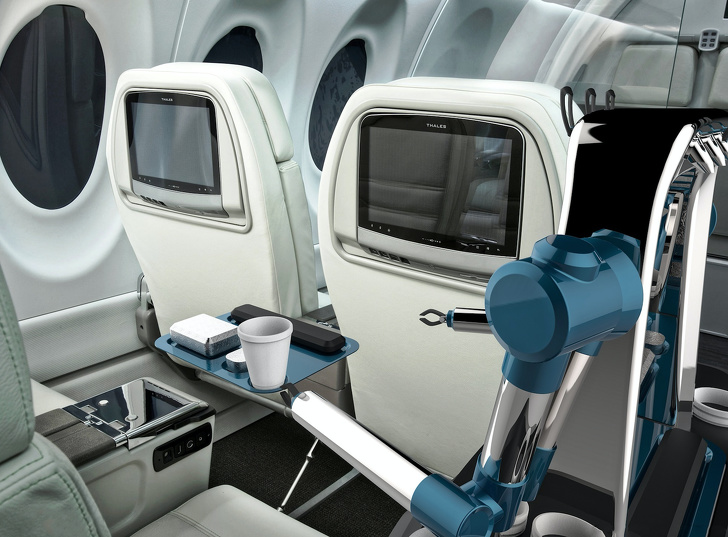 Robots will soon replace humans: they are already patrolling the streets, taking orders from restaurants and even playing football; should we rejoice at such a technological advance? Or fear that in the not-too-distant future a machine uprising will occur? Let’s wait to see them come.

TheWebFry offers you to take a closer look at the 10 smartest robots of the moment, which may replace humans in areas where it is really needed.

During his trip to Japan in 2015, footballer Cristiano Ronaldo met his robot counterpart, whose silicone parts were made with a 3D printer. Since some robots have already developed artificial intelligence, we can assume that, in the near future, scientists will be able to “resuscitate” the great defunct stars of music, cinema, and sport, so that they can participate in new projects. Moreover, this is already happening with hologram technology. For example, this  Michael Jackson clip came out five years after his death.

At Tokyo’s Henn-na hotel (which means “strange”), you’ll be surprised to be greeted at the reception not by humans, but by friendly robots, who speak Japanese, English, Chinese and Korean. Thanks to this peculiarity, Henn-na is already included in the Book of Records as the first hotel in the world where robots work. Realtors say that customers like to chat with robots, which are always on time and in a good mood.

Robot who distributes drinks and meal trays to the passengers of an airplane.

The robots have begun to replace humans in the sky: this Canadian invention, called Isakwa , is able to serve passengers as well as live hostesses. This robot is equipped with compartments for hot meals and cold drinks, moves silently, knows how to place orders and can be called at any time via a smartphone or tablet.

Surprisingly, modern robots have also learned to play football, so much so that international championships are now organized. Who knows, maybe they will soon replace the real players? This is at least the goal pursued by the creators of the project. According to them, by mid-century, a team of football players with humanoid robots will be able to win a  football match against the World Cup winner.

The Pepper robot, created by the Japanese company SoftBank Robotics, can perform the duties of a butler. Currently, this robot is being tested in one of the most popular sushi restaurant chains in the country, where it welcomes customers. It seems that people are quite satisfied with the services of this original employee. Moreover, another version of Pepper, named Josie , works at Munich Airport as an employee of the Passenger Information Service.

Once again, Japan is at the forefront of robotics: Panasonic’s HOSPI robot knows how to get rid of dirty dishes from customers in restaurants and cafes, and can be used to perform various tasks in other places, like hospitals. In addition, there is no risk of the robot getting lost or hitting an obstacle: it is specially designed for high traffic areas and is equipped with sensors to prevent collisions.

Speaking of robots, it is impossible not to mention Sophia , an incredibly feminine robot by Hanson Robotics (a Hong Kong-based company). She is able to recognize faces, imitate human gestures and facial expressions, and maintain simple conversations. In time, the robot must become smarter: Sophia analyzes the conversations and, based on the information received, improves her answers. Its creator is convinced that over time, this robot will be able to interact fully with people, becoming a valuable ally at major events.

Farmers in Cornwall, England, tested a novelty: a robot that can pick up cauliflower without damaging it. The creator of this machine, Professor Martin Stoelen of the University of Plymouth, believes that in the future, his invention could replace humans in the fields, reducing the number of accidents related to the use of heavy machinery during the harvest.

In the Chinese city of Zhengzhou, the station is patrolled by a police robot who knows how to answer questions and recognize faces, which helps him identify fugitives among passengers. In addition, among the responsibilities of this extraordinary police officer, there is also the control of risks such as fires or air pollution. Moreover, China is not the only place where such a law enforcement agent is used: police robots are also present in  Dubai .

And, of course, robot manufacturers could not ignore the widespread problem of our modern society of loneliness and the difficulty of finding a partner. That’s why they launched attractive companion robots for women and men. Unlike Sophia, who has recently added electronic legs, these robots still can not move, but they can have a simple conversation, read a poem and even make jokes.

Which of these robots of the future impressed you the most? Give us your opinion in the comments!

These 12 celebrities were harassed when they were younger

5 Ways to have soft, silky armpits without shaving them

They are confused with grandmother and granddaughter, but in reality they are COUPLE and ready to reach the altar

These twin sisters gave birth on the same day, of a baby of the same sex and in the same hospital