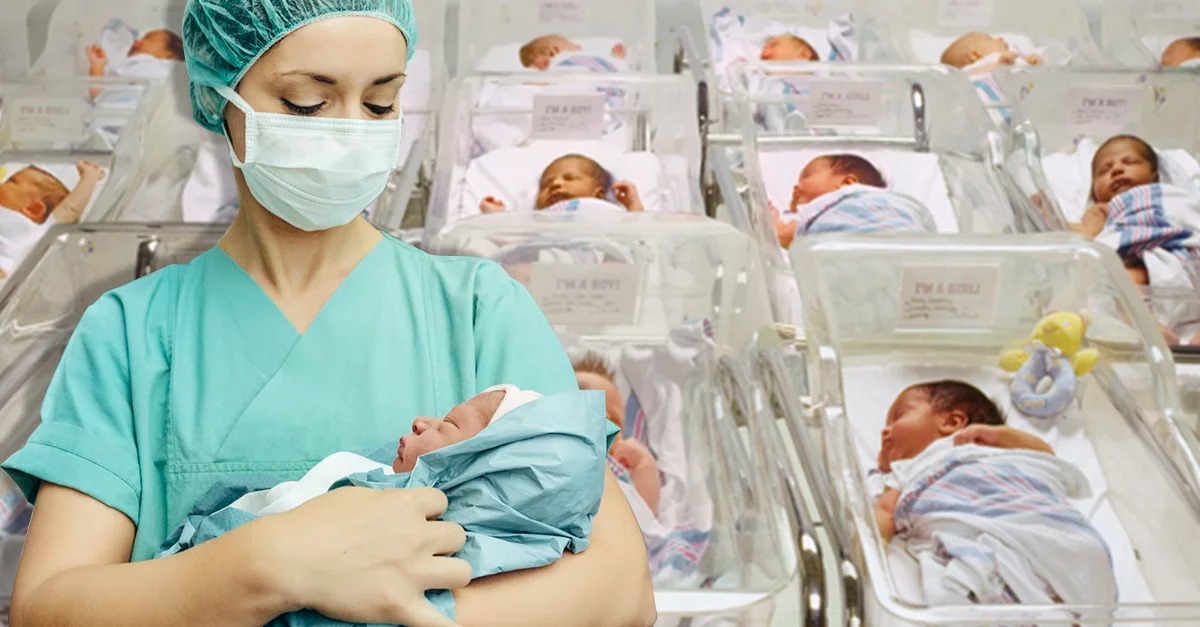 On her deathbed, Elizabeth Bwalya Mwewa, a nurse from Zambia, in Africa, confessed to having exchanged around five thousand newborn babies “for fun”, in the maternity ward of the University Hospital of Lusaka, during his 12 years of service, according to The Zambian Observer.

I have terminal cancer and I know I will die soon. I want to confess my sins before God and before all the people affected, especially those who gave birth in the UTH during my service. I have found God and been born again, I have nothing to hide. In the 12 years that I worked in the maternity ward, I exchanged about five thousand babies.

She is called “the worst maternity nurse in the world”

The woman, who has been called “the worst maternity nurse in the world,” said that she committed the crimes between 1983 and 1995 and that anyone born at that time and whose features do not match those of her family. should undergo DNA tests:

If you were born in UTH between 1983 and 1995, your parents may not be your biological parents. I developed the habit of exchanging newborns just for fun. So look at your brothers and sisters, and if, for example, everyone has a clearer skin than you … you are one of the victims and I really feel it.

He wants to confess not to go to hell

Recently Elizabeth was diagnosed with terminal cancer, so her past actions torment her thoughts with the possibility of going to hell:

I know that I have sinned against God and I hope you forgive me for that. I also hope that the Zambians will forgive me for the terrible things I did to these innocent children. I caused many couples to divorce after having DNA tests. Now I realize that I was used by a demon. Many mothers breastfed babies that were not theirs and I do not want to go to hell for that.

The statement is being investigated

After the news was released, many people were skeptical claiming it was a desperate way to get attention, but Zambia’s General Nursing Council did not take confession lightly and is investigating the case.

The media Lusaka Times conducted their own inquiries and found that there are no records of any nurse named Elizabeth Bwalya Mwewa in the UTH, so it is probably a false confession.

Callie Johnson was three years old when her parents learned that she was not her real daughter and that they had been victims of a baby exchange at Virginia Hospital in 1995. The same day they knew, the baby’s biological parents died. in a car accident and they never found out about the change. Callie could not meet them.

The big question that arises is: what is done in those cases? Do you stay with the child you raised or with your biological child? For Callie it is clear: even if her real parents were still alive, she would not ask for an exchange, because her mother has become her best friend and confidante, and for her, family ties are more complex than DNA.

Study: Women With Large Breast Are Smarter And Have Higher IQs

These illustrations show things in the world as they are

Back Tattoo For Girls That Will Make You Look Shocking