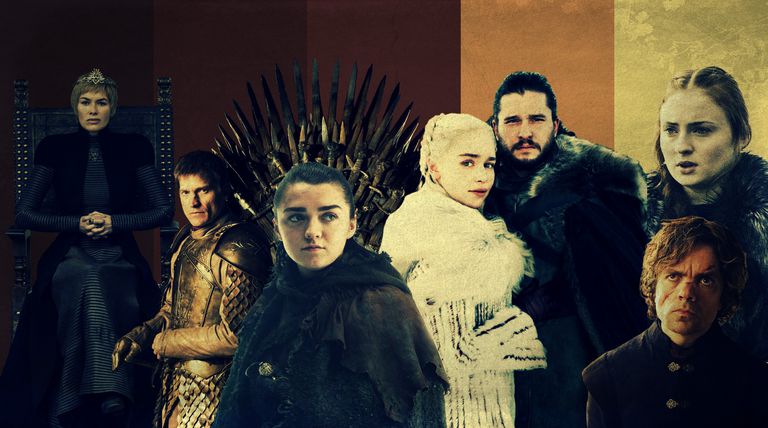 Game of Thrones puts the look in his last season as who prepares to give a backward somersault without a safety net: either fall with arms raised or the thing is going to get very ugly. The fandom of the HBO series is less compassionate than the very Cersei Lannister and more ferocious than Arya Stark when she gets up with her left foot. Now, if there is something that surpasses the followers, it is hope. One forged in the barren deaths of the Red Wedding, the painful mutilation of Theon Greyjoy or the unexpected suicide of Tommen Baratheon. And short in spoilers, we stayed.

The eighth and last visit we will make to the Seven Kingdoms begins this Sunday, April 14, although speculations about what we will see have been cooking for two years. Hysteria is real. We, as good fans, also have our predictions … and our desires. Since we are not very good at being pitonisos, it is best to make a list of everything we want to see in the eighth season of Game of Thrones and put a little candle in the newsroom so that all are fulfilled.

At least one, demons!

2. More Rhaegar Targaryen. Especially flashbacks with Lyanna Stark, both parents of Jon Snow, and how their relationship started the Rebellion of Robert Baratheon. A story is worthy of the fall of Troy.

3. That Azor Ahai, the prince who was promised, is not a man. It is widely speculated that this savior of prophecy can be Jon Snow, Tyrion Lannister, Bran Stark … But, for the sake of the surprise that this series has always prepared for us, would not it be nice if it were a woman?

4. Brienne de Tarth intimate with Jaime Lannister. Let us understand: we do not talk about something romantic, not even sex (although nobody bitter a sweet), but a new approach between these two great characters that hopefully still have a nice connection.

5. The reunion between Arya and Gendry. In the first seasons of the series, many pointed to a shipper that has not been erased from the imaginary fan. You’d be my lady, here we go.

6. Let the Valyrian fire run. Since he determined the fate of the assailants in the Battle of the Blackwater and destroyed half King’s Landing (and half cast of the series) under the command of Cersei, we have not stopped thinking how great it would be to see an exhibition of strength of this element.

7. Tyrion Lannister riding a dragon. Whether it is revealed as a Targaryen (a strong theory among the fans), or simply because it is in the situation of doing so, we hope to see the most beloved character in history flying across the skies on Dragon or Rhaegal.

8. Let Arya complete her list. We do not remember where I was going, but I’ll finish it now.

9. See the face of the Mountain. What hides the strongest man in the world under that helmet? Pure curiosity, what are we going to tell you? Those eyes do not look very good, you should take a look at that.

10. Let Jorah Mormont be happy (and wet). Nobody has generated more tenderness than poor Jorah, condemned to love a woman who will not reciprocate ( shame on you, Khaleesi), victim of a horrible disease, seven seasons without getting wet … Justice for the Mormont!

11. See Jon Snow’s ass again. Come on, you too want to see that perfect curve again.

12. If Cersei has to die, let Jaime kill her. There has been much speculation about the death of Cersei Lannister, because, well, somehow he will have to atone for his sins. It has been bad, but we still love it. Therefore, let it be the love of your life that will give you an end and thus we will have one of the most tremendous scenes of the final season.

13. Arya and The Dog coming out of glasses. Because that relationship has to stay alive, it was very beautiful. When all this is over, and if both of them arrive alive at the end, I’m sure we’ll see them sharing a night out.

14. See Daenerys face when she finds out that Jon is her brother. That is going to be a picture and not Picasso’s.

15. The meeting between the wolf Ghost and Jon. Good friends have to rediscover this season, and we all know that man’s best friend is the wolf. Or wait…

17. Check if the rumors about Podrick are true. You know what I mean, pillines. It is not that the series is already a lot of sex and nudes, which in the first season was a bar free of depravity, but one kills the curiosity.

18. Melisandre paying for what she did to Shireen. Karma does not forgive and fandom does not forget. The red witch has to pay for the greatest crime ever committed in Game of Thrones.

19. Let Jon Snow know something at once. That phrase from You know nothing, Jon Snow was not a joke. Literal that the character never finds out about anything. Let someone inform you! Sam!

20. A battle between dragons. Dragon/Rhaegal vs. Viserion The good dragons against the bad dragon. And to see which side of the force wins.

22. That midway George RR Martin announced that he has already written something. We know that this is, in all likelihood, the least likely desire on the list. And send noses. George, write! That the series is running out and we will need something to dry our tears.

23. Theon Greyjoy redeeming himself and saving his sister. We all know he deserves it. On this journey, through the most turbulent epoch of the Seven Kingdoms, he has lost everything. Even the penis. Oh. It’s time for Hediondo to have his heroic moment. Do not screw it up, please.

24. Daenerys, do not take more names. As it continues acquiring titles it is going to become old appearing. The most stubborn DNI in history.

25. Let someone quote the SHAME moment. Yes, self-reference does not always fit well, especially in a series as solemn as this one, but we would love to hear Cersei telling someone shame. For pleasure.

26. Stop playing with our feelings. Please and thank you.

27. Lyanna Mormont in all the scenes. If the little badass of the north is on screen, nothing can go wrong. The zascas fly and we applaud. We hope to see her in battle giving everything, or perhaps as Queen of the North when the final scab happens (that, let’s not fool ourselves, there will be).

28. A great battle like that of the Bastards. It is something that has already been announced for the new season that is to come, but we repeat it just in case: we want a battalion of the ones to take off the wig!

29. That the winter arrives of a damn time. It’s about time, is not it?

30. Let Khal Drogo appear once again. Yes, we know that he is dead and well dead (since the first season!), But his shadow has been very long and we would love to see him again, either in a flashback or in a wet dream of the Khaleesi.

31. Euron Greyjoy dying slowly. He deserves it and you know it. Possibly one of the pettiest recent characters we have seen on screen. There he drowns in his Iron Islands.

32. Arya cooking a decent cake. This task should be on your list at Cersei’s level as archienemiga. Or is it that you have forgotten your infamous culinary talents? Although, well, with that way of fighting, who cares.

33. Protect Sir Davos at all costs. And to Missandei and the Gray Worm too, since you are. And Varys, who is a hero in the shadows. And to Tyrion. And the wolves. TO ALL! OH, MY HEART!

34. The Stark meeting . Especially between Jon and Arya, who had a very nice relationship and have not seen each other since the first season. They, Sansa and Bran have to star in force one of the most emotional moments of the end of the series.

35. A bittersweet ending. We know that this can not end either good or bad. Either of these two options, with all the relativity they entail, would be a mistake. Blood must flow, but there must also be room for hope in the Seven Kingdoms. They deserve it. We deserve it.

THE WOMAN WITH THE 14 FINGERS: THIS HAS BEEN THE LAST AND TRONCHANTE ‘PHOTOSHOP FAIL’ OF KHLOE KARDASHIAN

What kind of men gives the best orgasms to women?

Crossover of ‘Spider-Man’ and ‘Venom’ could happen soon

What are the types of Farts, 11 fun facts to know