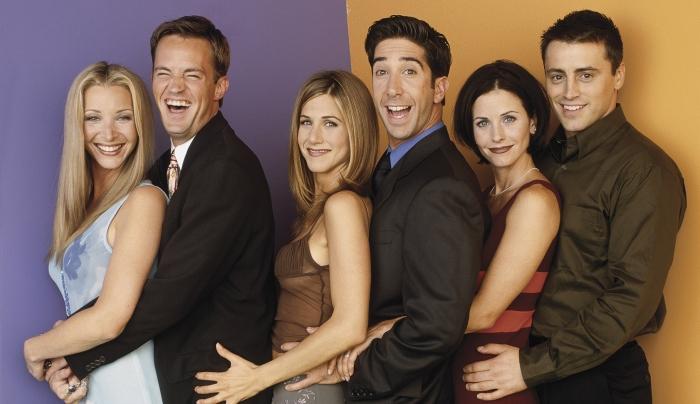 These great series have seen and reviewed for years (and some of which are still released today), the famous Trilogy of Saturday, these television jewels that have rocked our childhood and are still in our heads: we made a big jump in the remembered how awesome they were!

10 seasons of pure happiness for a series that has become a historical reference for sitcoms since. Often copied, never equaled! And even in 2019, Ross still thinks that he and Rachel had a break.

I want to believe … Mulder and Scully have fascinated us for years with their supernatural investigations and their fight against the Government’s plots. Unfortunately, the two seasons that have emerged in recent years have not really paid tribute to the first nine, broadcast between 1993 and 2002.

Buffy against the Vampires

One of the first series with a female lead, which was also marked the late 90s and early 2000s. The series was even entitled to spin-off, Angel.

Impossible not to have stumbled upon an episode at least once so much the series was aired. If the movie Stargate has not crossed the generations, the series has much more marked the blow. She was allowed two spin-offs: Stargate Atlantis and Stargate Universe.

The same fascination with each episode of discovering what kind of parallel world would fall Quinn and his fellow travelers. A great concept and more societal than it seemed. The series was sealed by its casting problems and ended in anonymity after its fifth season.

Notably known for launching George Clooney’s career, Emergencies marked the beginning of the era of medical series. The series bowed out after 15 seasons of dramas and disasters (it was clear that you had to be heartless so you would not shed tears at some very harsh episodes).

Before conquering the heart of Sofia Vergara in Modern Family, Ed O’Neill was martyred by his family in Married, two children. This poor Al Bundy was respected by no one and that’s why we loved him. Even the dog taxed him money!

Lois and Clark, the new adventures of Superman

The career of Dean Cain and Teri Hatcher was marked by this series that we have loved for years. Even if the tone was ultimately light enough, we went back into the adventures of Clark Kent and Lois Lane.

Tattoo: what to know before you start!

Open wide eyes, here are the most WTF brides dresses!

THE WOMAN WITH THE 14 FINGERS: THIS HAS BEEN THE LAST AND TRONCHANTE ‘PHOTOSHOP FAIL’ OF KHLOE KARDASHIAN

Deadpool could alternate between PG-13 and R in the MCU