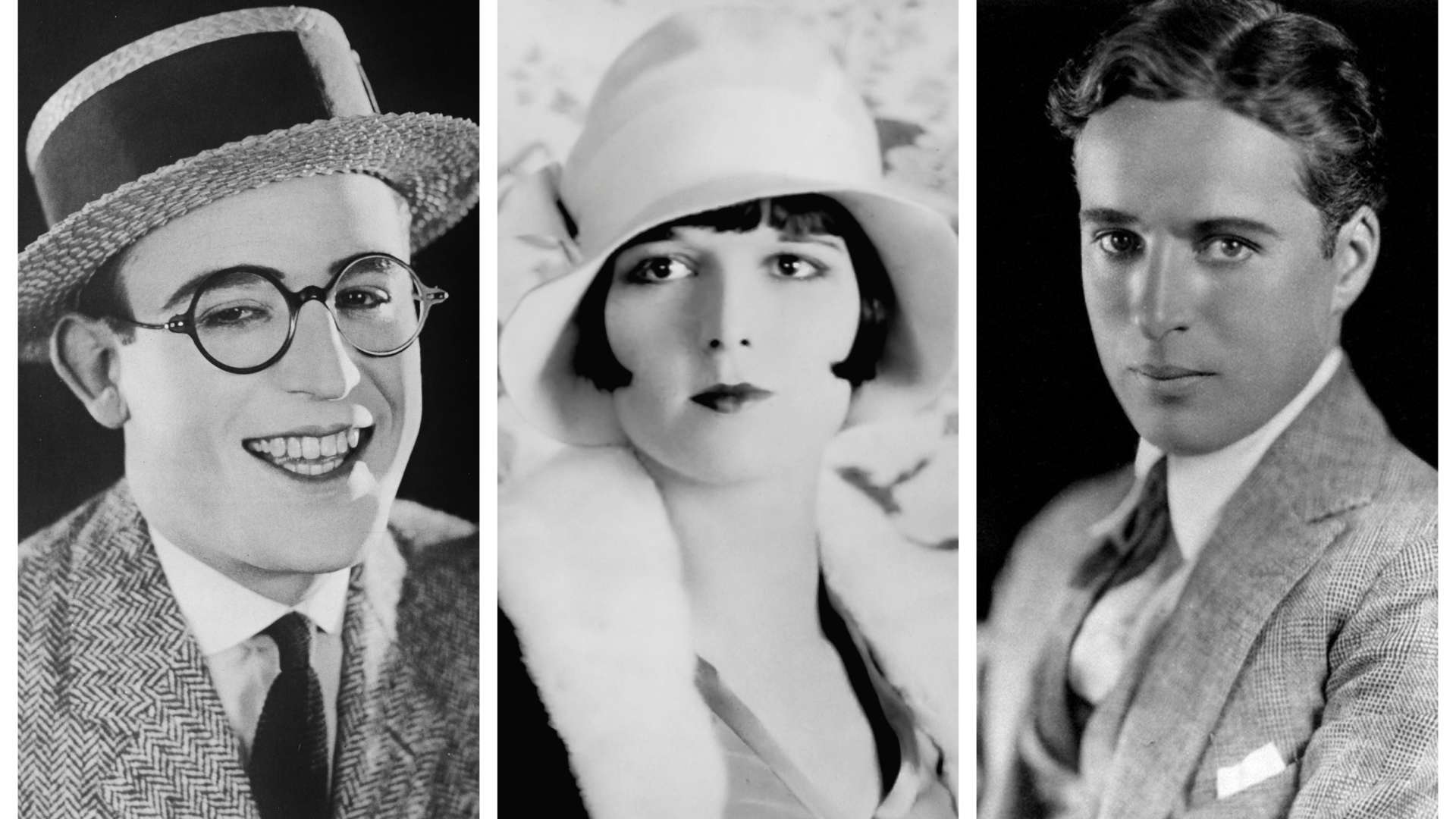 The silent film era represents the earliest days of cinema. In Hollywood, silent movies starred some truly original and innovative talent, famous names that still resonate throughout the world today.

Meet some of the superstars who appeared on screen without uttering a word of dialogue, when silence was golden.

One of the most influential figures in the film industry, Charlie Chaplin’s “Little Tramp” character has become an icon in world cinema.

A famous scene in which he dines on his own shoes, Chaplin declared this film the one he most wanted to be remembered for.

Hollywood’s original swashbuckler, Fairbanks was also a founding member of the Academy of Motion Picture Arts and Sciences, and hosted the first Oscars Ceremony in 1929.

A dashing and flamboyant Robin Hood, Fairbanks set the tone for later action-adventure movies. Incidentally, this was the first motion picture ever to have a Hollywood premiere.

Lloyd was one of the most popular and successful film comedians of the silent era and was known for his daredevil stunts.

One of these was the famous hanging clock sequence—arguably the most recognized image in silent film history.

Regarded as his masterpiece, the film ends with a climactic train wreck sequence, a shot that cost US$42,000 to film—the most expensive single shot in silent film history!

Smoldering good looks and a buff physique suited his role as Sheik Ahmed Ben Hassan in this romantic drama, a huge box-office hit.

A screen and stage actor, as well as a writer and director, Gish has been called “The First Lady of American Cinema.”

The first “It” girl and a 1920’s sex symbol, Bow’s pulling power was such that the majority of producers considered her a “safe return” on film investments.

Brooks epitomized the brash ’20’s flapper look and stood out for her bobbed haircut, an image she carefully honed throughout her film

Enjoying greater fame with the advent of the “talkies,” Swanson nonetheless was a big silent movie star as well as a fashion icon.

Mabel Normand in ‘Getting Acquainted’ (1914)

This film was written and directed by Charlie Chaplin. Normand herself wrote and directed several movies featuring Chaplin as a her leading man.

Directed by and starring Arbuckle, the film also featured Buster Keaton, who was praised for his comic antics.

One of two seminal horror films starring Chaney, the other being ‘The Phantom of the Opera’ (1925), this was Universal Pictures’ most successful silent picture.

The mid-1920s were her most productive and profitable period when she was earning as much as US$3,000 a week.

How to lose belly fat? Here are 10 targeted exercises

Which countries are most concerned about the animal cause?

Richard Madden could become the next James Bond

Study: The chemicals that float in the air make you fat