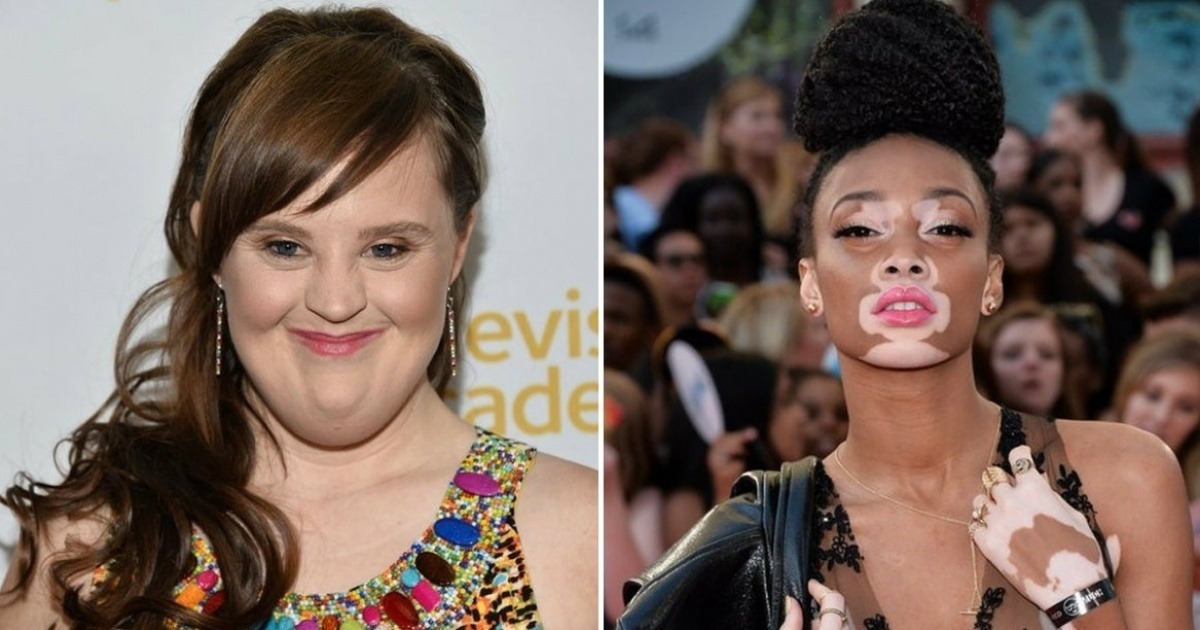 These women and models go far beyond the stereotypes of beauty that we have today. Their appearances are unique and attractive, each with its style has managed to stand out positively, thanks to its beauty but above all for its courage:

Diandra is a black woman who has albinism. Although her eyes are green, he has the typical features of people of color, a feature that is highly valued in the world of modeling.

Moffy is a model and became famous thanks to her strabismus, which became her letter of introduction, something different and attractive within her beautiful physiognomy.

Erica Irvin, 35 years old, measures two meters and five centimeters. Its stature makes it one of the highest models in the world. This was not an impediment to being an haute couture model.

This Canadian model suffers from a problem in the pigmentation of the skin for three years. She managed to turn her defect into her great strength by working as a model and being a muse – in every way – for many.

This model is 84 years old but is still as beautiful as 50 years ago. It is the cover of some of the most popular magazines in the world and is the image of several advertising campaigns.

She is considered one of the most recognized XXL models of today. Bidot is happy to be the example for women of larger build.

This Ukrainian model has enormous eyes, many call “The perfect elf”. Her eyes could have been a complex, however, she looks them enhancing her beauty even more.

This Latvian singer and model had 15 operations due to malformations in her legs at birth until one of them was amputated. But she believed in herself and with her example inspires hundreds of people.

Jamie is the first model in the world with Down syndrome and proudly shows her work. In addition, she is an actress recognized for her role in the series “A History of American Horror.”

A father trolls his daughter’s selfies

5 ROYALS THAT HAVE BEEN DIVORCED: LADY DI AND MEGHAN MARKLE INCLUDED

Love horoscopes for May: ready for fiery romances?