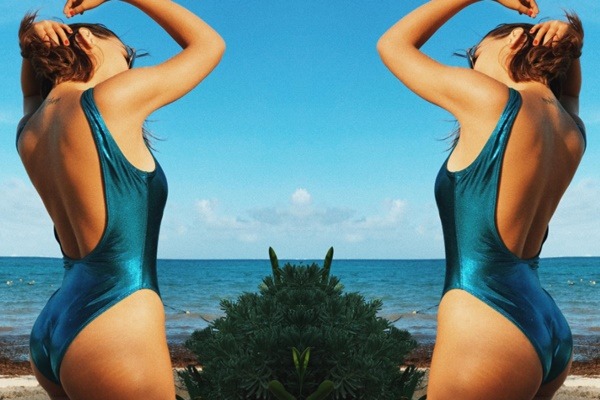 Do you know what body shamming is? It is a problem in which people are unable to love themselves completely because they feel insecure or dissatisfied with their body. One of the main reasons for body shamming in women is stretch marks and cellulite. Because of this, many women have raised their voices to say that it is not wrong to live with them, that we must learn to love ourselves as we are.

Here we show some celebrities with their stretch marks and cellulite that look proud and still beautiful.

This famous Mexican actress has been the focus of attention in recent months due to her participation in important films and Hollywood stages.

For someone of the stature of Eiza, the physicist is very important, however, she has given very important lessons about body shaming, saying through her social networks that she does not regret saying that she has cellulite, because she is very happy and comfortable with your body.

The actress is one of many women who have undergone aesthetic surgeries to enlarge buttocks. It may have been due to the passage of time or even the grafting of a bad substance, but Silvia has suffered problems in her implants and has caused cellulite to form in that area.

It is well known that the Mexican singer has performed various cosmetic surgeries to correct/increase different parts of her body. Unfortunately, she had many complications with her implants, which left sequels and transformed into cellulite and stretch marks. However, she looks great, do not you think?

The daughter of the famous singer Alejandra Guzmán has always surprised because of her unique beauty and sensuality.

However, she has acknowledged that she is not perfect and that, like many women, she has stretch marks and cellulite. However, through its social networks, it has shown that it undergoes treatments in order to reduce them or, if necessary, eliminate them.

The famous Mexican Youtuber has always surprised to visit amazing places and show off spectacular costumes. On one occasion, in which Yuya was vacationing on the beach, she allowed herself to be seen in a bathing suit that exposed striations on the part of the buttocks. She, without fear of exhibiting them, titled her publication with the emoji of the tiger, due to its “streaks” throughout the body.

When belonging to one of the most popular clans of American television, Kourtney is always in the public eye. This has made her capable of raising her voice and saying that it is not wrong to have stretch marks and cellulite because even she has developed them after her motherhood.

The supermodel has always been characterized by being very open and charismatic. On one occasion, she did not hesitate to show on social networks a photograph of her in which she reveals her stretch marks on her legs.

10 celebrities who are proud to be single mothers

13 Kim Kardashian looks that you should imitate

Shy’m is the most dangerous celebrity on the web

Do’s and don’ts of the week: celebrity looks on vacation