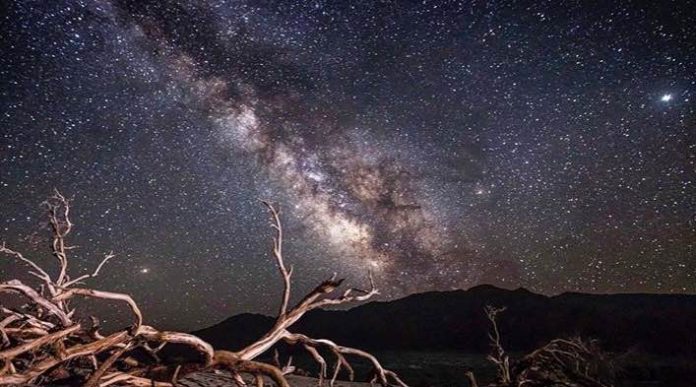 If you thought you had seen it all, wait to see these sites. Beyond the Statue of Liberty or the Grand Canyon in the United States, we show you the places where you want to make your next selfie.

It is in Death Valley National Park, in the state of California. The park is known for its unsurpassed spiritual landscape and surrounded by mountains. But the best thing is to know the Racetrack area whose surface seems to be made of mosaics. In addition, according to scientists, here the rocks move. Yes, they walk, and it is so real that during your visit you can see the trail left by each of them. www.nps.gov/deva

It is in Seattle, under the Fremont elevated bridge and measures 5.5 m in height. This troll was built in 1989 by the sculptor Steve Badanes when a contest was called to revive this area of ​​the city. The sculpture holds a Volkswagen and has a bright metal eye. You can visit it whenever you want and upload it to take a picture. www.visitseattle.org

It is west of Nebraska and is one of the must-see attractions you will want to photograph. There, in the middle of nowhere, the artist Jim Reinders installed 39 cars to imitate the strange stones of Stonehenge, in England and painted them in gray in 1987. His goal was to study these formations and know if they had any purpose. Years later a kind of museum was built so that the visitors understand a little the concept of this work and thus be able to preserve it. carhenge.com

It is located in Miami and was built by an immigrant named Ed Leedskalnin, who came from Latvia, and who used more than a thousand tons of coral rock to build it. The construction presents stellar or even supernatural forms and is that, according to the legends, Ed built it without the help of anyone. The truth is that it is a place that you will not see anywhere and that’s why you should know. Coral Castle belongs to the National Register of Historic Places and functions as a museum. coralcastle.com

They say it is the test site of the United States Air Force and that it protects unidentified flying objects (UFOs). The place is just over 100 km from Las Vegas, and although it can not be accessed, in the surroundings of Area 51 there are plenty of places where you should take a picture. From vintage gas stations to restaurants and gift shops with alien themes, all located on the Extraterrestrial Highway, better known as the Nevada State Route 375. travelnevada.com

5 ROYALS THAT HAVE BEEN DIVORCED: LADY DI AND MEGHAN MARKLE INCLUDED

Which are the cheapest countries to go on holidays?