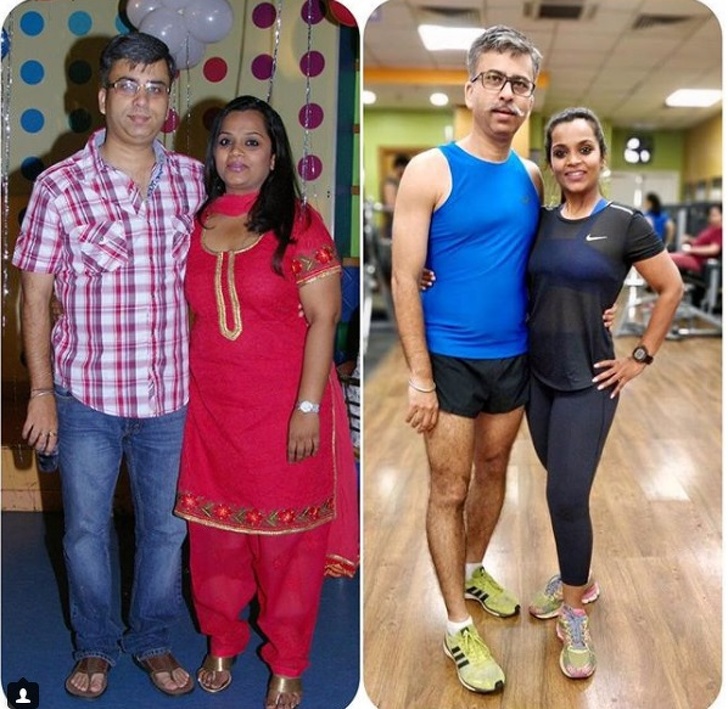 It seems that when we are in love, the physical does not really matter. Under a surge of passion, many couples promise themselves an eternal love, regardless of their appearance. And you, are you ready to transform yourself with the help of your half? These lovers prove that nothing is impossible if you go together towards the same goal.

At TheWebFry , we will share with you the story of 18 couples who have inspired each other to lose weight. Together, they have achieved incredible goals.

1. The incredible story of a couple transformation. 3 years separate these two photos

2. Danny and Lexi have lost nearly 200 pounds in a year. At the time of their marriage, their total weight was almost 350 kilograms, but that did not bother them. But later, they realized that if they did not lose weight, they could not have children. And the results are amazing!

3. In just one year, this couple has achieved excellent physical fitness and has been rejuvenated for 10 years. It was a resolution for the New Year

4. In two years, this couple has completely changed their way of life. If they did not have mutual support, they would not have succeeded

5. In 2013, these two lovers realized that it was time to have a healthier lifestyle. After a year, they lost 150 kilos and they look happy

6. They got in shape before their wedding. They must have received a shower of compliments

7. The couple’s goal is to lose weight at an age when people often ignore their physical form. In less than six months, they lost 60 kilos

8. Haley Smith has always loved sweets. But after the marriage proposal of her companion, she promised to change. And after 6 months, Haley is really unrecognizable!

9. Sometimes, after marriage, newlyweds lose weight instead of fattening. This couple lost together nearly 150 pounds

10. The hardest thing was controlling appetite and changing bad eating habits. But the result was worth it: almost 230 kilograms less in the space of two years

11. Can not recognize this couple! They gave up bad habits (alcohol and sandwiches at night) and started to exercise regularly. The boy lost 50 kilos thanks to the support of his girlfriend, on whom the new way of life also worked

12. This young man is happy because his girlfriend won a fierce fight to get a perfect figure

13. Who said it was impossible to lose weight after the birth of children? This couple proved the opposite and together they lost 50 kilos

14. They lost 150 pounds in a short time! The extreme thinning left traces: a large amount of flabby skin. Currently, they save to do reconstructive surgery

15. When these two fell in love, they were far from their own definition of perfection, but they could change together. Love really works wonders!

16. They have not lost weight, but they have become true athletes after the birth of their child: they can be proud of their results

17. Three years separate these two photos and 100 kilos flew away!

18. The most important thing to achieve your goals is to be consistent and never give up

And you, did you try to lose weight with your partner? Or do you already have a healthy lifestyle? Reply us in the comments.

A new environmental “challenge” has appeared on social networks: and we are sure you too will be tempted to participate

The lowest paid textile employees in the world